For businesses
For merchants

You have many skills as a GC or subcontractor, but deciphering contract clauses isn’t one of them.

And in order to ensure a smooth payment process and avoid the headaches often caused by typical payment delays in the industry, you need to understand what terms are written into your contracts.

One of the trickiest clauses when it comes to payment terms in a contract has to do with the paid-when-paid law.

How can you be sure you’re aware of this contract term so you don’t miss anything that can leave you high and dry if you’re faced with a payment dispute?

When you’re done reading this guide, you’ll be able to spot the difference between a paid-when-paid clause and a pay-if-paid clause — Plus you’ll know how to handle it. 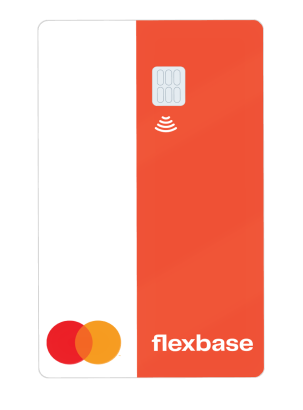 Flexbase: A Cash Flow Solution for Your Construction Business

The construction industry as a whole is notorious for its broken payment system. In fact, in 2019, contractors waited on average a whole 50-75 days for payment.

With a Flexbase subscription, though, you can wave goodbye to your cash flow problems. Our customers get paid 63% earlier, on average.

We’re here to meet your payment automation needs — from AIA billing forms to insurance forms and everything in between.

With Flexbase, you can:

Not only do our customers reap the benefits of automated AIA billing forms, but our integrative software also insures you get paid sooner with tools like:

On top of automating the payment process, you’ll have access to our payment reminder process which escalates from auto-reminders all the way to lien filings, all for free.

And at Flexbase, we don’t get paid unless you get paid. We operate on a commission of just 0.5%.

So what does that mean for you? If you send an invoice progress payment for $8,000, then Flexbase receives just $40 — but only after payment is received.

Schedule your free demo to see how Flexbase can get you paid sooner.

Two topics come up that can cause some confusion in construction contracts and payment disputes:

Both of these are common provisions that often appear in subcontracts — the legal agreement between the general contractor and a subcontractor.

If included in a construction contract, both of these provisions will alter the requirement to make payment.

Be aware that while they may sound very similar, a pay-when-paid clause only changes the time during which payment is made.

A pay-if-paid clause, on the other hand, could eliminate the requirement to make payment entirely if your customer isn’t paid.

Because these provisions sound and appear so similar, it is crucial that you thoroughly read and understand the payment terms outlined in each individual contract.

A pay-when-paid clause says that the customer doesn’t have to pay you until they receive payment.

It’s important to note that a pay-when-paid clause does not drag that time out indefinitely nor does it absolve the contractor from paying subcontractors if he or she doesn’t receive payment.

So, how would a pay-when-paid clause come up in a contract?

One element that is typically included in construction industry payment terms is a payment timeline.

A payment timeline, otherwise known as a schedule of payments, is the list of dates set out in the contract that determine when payments will be made to the contractor.

Usually, the payment timeline includes the:

So how would a paid-when-paid clause affect your payment timeline?

If you’re a subcontractor or material supplier, pay-when-paid clauses can cause frustrating payment delays.

Let’s say you’re an HVAC subcontractor who is contracted by the GC. The GC you’re working for had been hired by the developer.

When there is a paid-when-paid clause included in your contract terms, it essentially means that you, as the HVAC subcontractor, will not get paid until the GC is paid.

How can Flexbase help push the payment process along so that you get paid on time?

Our system automatically allows you to include…

…when sending invoices and payment reminders.

This adds a level of accountability and incentive for the GC to pay you in a timely manner.

To avoid being stuck with liability for subcontractor claims that cannot be passed through, GC’s will sometimes write “pay-when-paid” clauses into their contracts.

Because these clauses can sometimes be overlooked, keep an eye out for language like the following:

Pay-when-paid clauses can work unfairly for the subcontractor, especially where they aren’t able to assess the financial strength of the owner or developer.

Instead of waiting around and hoping for your invoice to be approved, a subscription with Flexbase will allow you to include the developer and their accounting team on your invoices and payment reminders.

By looping in more than one party and notifying them that you need to be paid, the GC is more likely to feel pressure to pay you on time.

A pay-if-paid clause states that the general contractor doesn’t have to pay a subcontractor or materials supplier if they themselves don’t receive payment.

This clause alters the common law payment obligation by requiring payment from the owner as a condition precedent to the contractor’s duty to pay.

A pay-if-pay clause may be written with language such as:

What does this all mean for a subcontractor or materials supplier?

If the owner or developer doesn’t pay the general contractor, you don’t get paid.

It’s true that paid-when-paid and paid-if-paid clauses are tough to spot and decipher, but are they illegal?

Do the laws around them change depending on what state your project is in?

We’ll discuss the legality of these clauses in detail below.

Generally speaking, a paid-when-paid clause in a construction contract is legal — but only when used to specify the timing of payment.

Does Paid-When-Paid Law Vary By State?

The vast majority of states allow “pay-if-paid” clauses but only to specify the timing of payment.

There are four states, however, where both “pay-if-paid” and “pay-when-paid” clauses are void:

In these states, the GC is responsible for paying subcontractors when they’re due, even if they have not yet been paid by the developer.

Is a Pay-if-Paid Clause Legal?

Pay-if-paid clauses are typically considered legal as well, but where you are working will largely determine if courts will uphold the clause or not.

In the section below, we’ll outline which states consider this clause to be unenforceable and which states will allow them to be included in construction contracts.

Does Pay-if-Paid Law Vary By State?

There are a few states where “pay-if-paid” clauses are unenforceable, including:

In the following 24 states…

…a true “pay-if-paid” contract usually won’t inhibit or affect your right to file a mechanics lien in order to get paid.

As a subcontractor, you’re still able to file a lien and collect in full from the GC or developer.

What Should You Do if Your Contract Contains a ‘Paid-if-Paid’ or ‘Paid-When-Paid’ Clause?

If, when you’re reading through your construction contract, you notice a “pay-if-paid” clause, see if you can negotiate with the general contractor to remove it.

You may be able to bolster your request by arguing that courts will not enforce it.

A pay-when-paid clause is a useful means of transferring the risk of non-payment by the owner from the contractor to a subcontractor.

If your contract has a “pay-when-paid” clause, be careful to ensure that the language used is only setting a timing mechanism for payment.

A pay-when-paid clause can be especially risky when you don’t know or are unable to ascertain the financial viability of the owner.

If you’re involved in a payment dispute and have chosen to pursue a breach of contract, you should be aware that if these clauses are present in the contract and you’re in an area that enforces them then…

…might not even be in breach of the contract.

In order to be effective, the clauses must be worded very clearly with no room for opposing interpretation.

So, in order to ensure your success in your lawsuit, you’ll need be able to provide documentation to support your claims, including:

…along with any third-party contacts involved in the project.

Our system will automatically send all contacts a reminder every few days.

So don’t let the stress of deciphering legal contracts and clauses get you down — Flexbase can help.

Our automated payment software integrates with your current accounting and project management software for a streamlined and flawless payment process every time.

Forget frustrating payment delays — get Flexbase and get paid sooner.

Trusted by hundreds of businesses and merchants